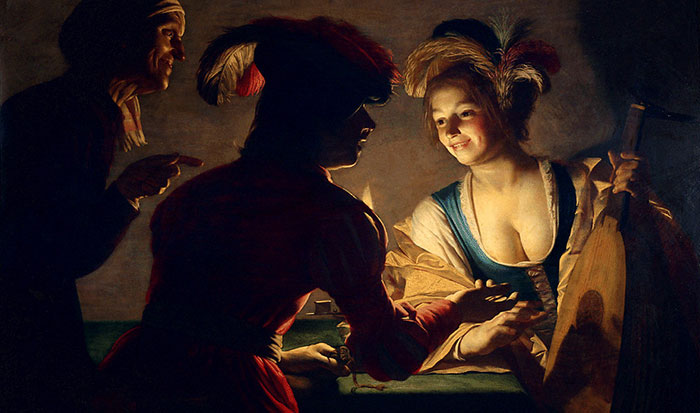 If you are an artist, art student, or art enthusiast, you have probably studied profuse collections of paintings and art styles. The magnificent spectrum of colors, shading techniques, or abstract representations of drawings and paintings might have inspired you to capture similar concepts and styles. Perhaps, the chiaroscuro technique has been present in some of your masterpieces.

Having said that, chiaroscuro refers to a contrast between light and dark shadows, depicting an illusion of three-dimensional volume and illumination of the important aspects of a painting or drawing. Sifting through the history of art, this technique is beautifully represented by Renaissance and Baroque artists, as seen on the works of Caravaggio and Leonardo da Vinci.

But how can chiaroscuro be used in art? And which examples of famous artworks demonstrate chiaroscuro? Let us dig deeper.

Derived from the Italian words chiaro (pronounced as key-uh-ro; which translates into “bright”) and oscuro (translates into “dark” or “obscure”), the word itself clearly depicts what Chiaroscuro is all about. As mentioned briefly in the introduction, this technique features stunning yet extreme contrasts of light and dark lines or tones to highlight the three-dimensionality of figures.

Therefore, what is the effect of using chiaroscuro in a painting or a drawing? The rendering of dark shadows to lighter tones displays depth and exquisite details, giving off dramatic and more realistic visuals. One of the best examples that implement the chiaroscuro technique is the “Still Life with Fruit” by Caravaggio.

Chiaroscuro – A Glimpse to Its Ancient Roots

Learning the chiaroscuro style means unraveling the history of art that dates back to the Renaissance and Baroque art periods. However, it is believed that chiaroscuro had been practiced much earlier that time.

Back in the 5th century B.C.E, the Greek painter Apollodorus Skiagraphos was believed to have first introduced the concept of chiaroscuro because of his painting style. Although none of his work was ever recovered, Skiagraphos showcased his paintings using his original shading technique known as “skiagraphia” (which literally means “shadow painting”).

This systematic shading technique featured complementary contrasts of light and color, rendering the appearance of space and volume. It had been thought to be the simplest form to execute shadows and create dramatic features. For this reason, many of his contemporaries and modern artists refer to his work for inspiration.

During the Renaissance period, Leonardo da Vinci was among the first artists to try chiaroscuro and develop the shading technique later on. Delving into his work, Leonardo da Vinci used charcoal to draw his subjects and gradually create layers from dark and light tones to illustrate dimensions as well as illusions of shadows.

The “Virgin and Child with St Anne and John the Baptist” (between 1499 and 1500) and his iconic painting “Mona Lisa” (1503) were some of da Vinci’s works that demonstrate chiaroscuro.

Michelangelo Merisi da Caravaggio or popularly known as Caravaggio was a 17th-century Italian painter that had been considered to be one of the best chiaroscuro artists that influenced Baroque painting. Caravaggio preferred to forgo sketching and often used oil paint to work directly on canvas.

Caravaggio employed the use of the chiaroscuro technique to exhibit dramatic and strong contrasts of light and dark. Moreover, the dark shadows or tones became the dominant element of a painting, illuminating the subjects quite brightly. This technique had become popularly known as tenebrism or “dramatic illumination”.

Most of his works depicted this technique, including David with the Head of Goliath (1610), The Taking of Christ, Salome with the Head of John the Baptist, and Saint Jerome Writing. As one of the prominent Italian painters of his generation, his work and painting style influenced a lot of artists, who were referred to as “Caravaggisti” or “tenebrists”.

The Uses of Chiaroscuro in Art 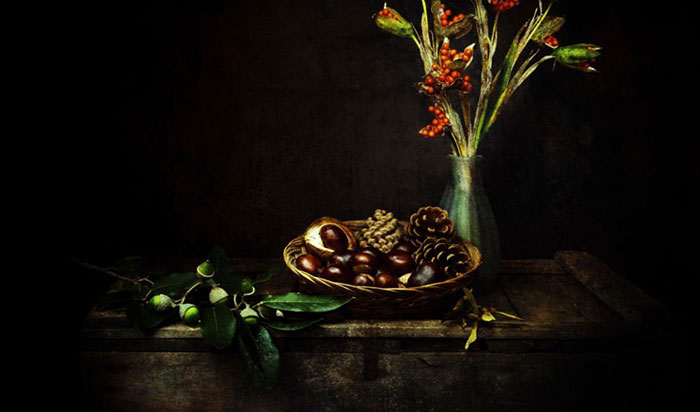 The history and definition of chiaroscuro itself have unveiled key pointers that can inspire you to present elaborate story behind your work.

Perhaps, you are a Caravaggisti or simply an artist who uses oil paint as the primary medium. Oil paint is also one of the best and easiest art media to showcase chiaroscuro. Although chiaroscuro can be demonstrated using different mediums such as chalk or charcoal, the slow drying time of oil paint allows seamless and gradual blending of colors between dark and light tones.

Dramatic illumination and expression is the focal point of tenebrism. As this employs the chiaroscuro technique to create harsh contrasts between dark and bright tones, it elevates the intensity and drama of a painting.

Moreover, it highlights and illuminates the primary subject, leaving the background incredibly dark and gloomy. That said, a single strong source of light presents a more dramatic angle.

Expressing the Mood of a Painting

Chiaroscuro is an amazing technique to convey the mood or emotion of a painting. One of the best examples is the Third of May 1808 by Francisco Goya, where he presented the tension between the Spanish freedom fighters and French soldiers. It depicts a heart-wrenching yet magnificent representation, which is why it has been described as “the greatest anti-war painting” and a symbol of martyrdom.

Implementing chiaroscuro to your work includes another shading technique known as “hatching”. This style features linear drawings to engrave textures and illusions of light and shadows.
Photography and Cinematography

Apart from paintings and drawings, the concept of the chiaroscuro technique has now been widely utilized in other forms of art, such as cinematography and photography, to display realistic, deep, and dramatic emotions and three-dimensional movements.

The prominence of chiaroscuro throughout the years has influenced popular painters and artists to showcase it in their work. How can chiaroscuro be used in art, then? While chiaroscuro illustrates a stunning and phenomenal painting technique, many artists use it to express strong emotions, realistic representations of stories and movements, and heightened volumes.

Intimidating as it may seem, chiaroscuro is a magnificent technique that you can achieve with constant practice and hence, to convey depth in your work. No doubt many prominent and seasoned artists have used such a technique because of the impeccably spectacular results, and you too can learn and try to do it.