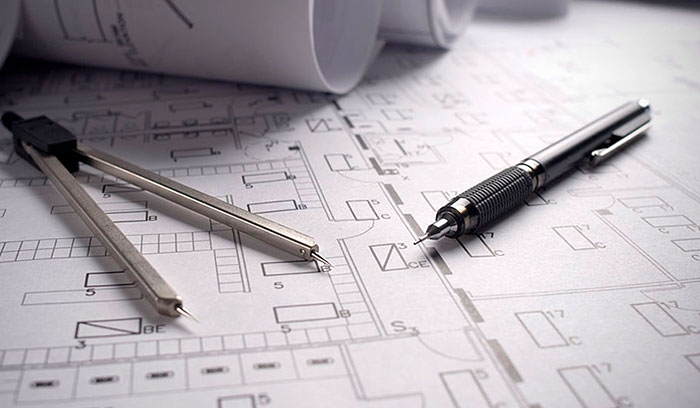 How Do Mechanical Pencils Work? Diving into the Details 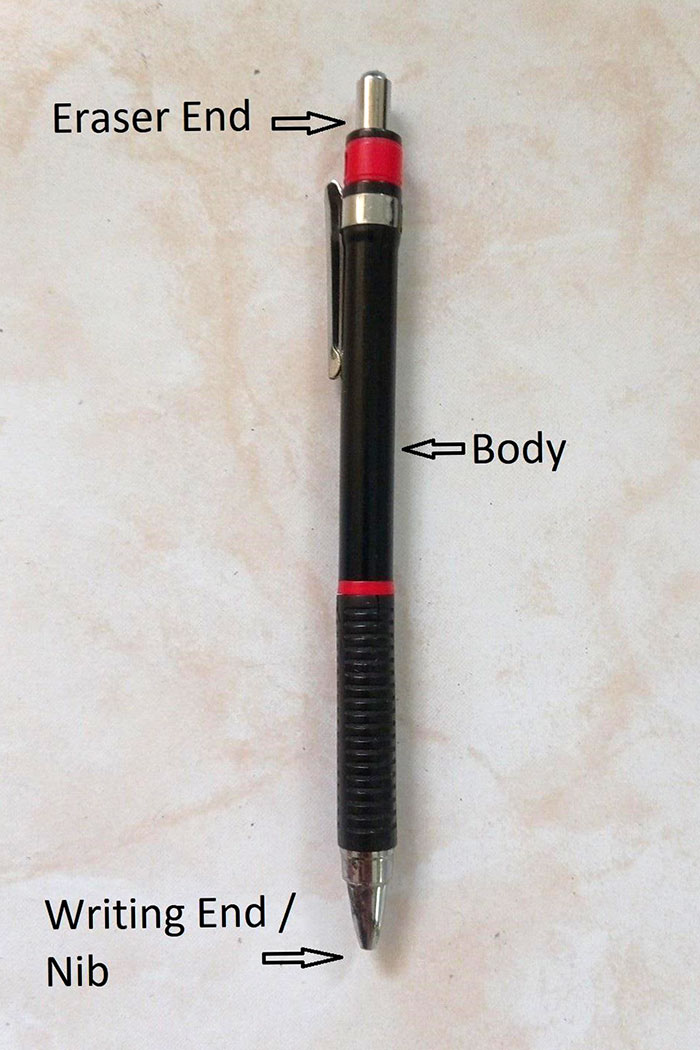 In simplest terms, mechanical pencils work by using a spring mechanism to project lead out of the writing tip. The lead is a thin pillar of graphite, typically just a couple of inches in length. Most mechanical pencils require the user to apply pressure on the end opposite the writing end to activate the spring mechanism. That tip is where the eraser is supposed to be, but the eraser is covered.

Inside the Mechanical Pencil

Inside the mechanical pencil is a barrel that extends from the eraser end to almost the writing tip of the pencil. The primary purpose of that barrel is to contain the graphite lead used for writing. On the eraser end is an opening through which you can put graphite lead. The eraser usually covers that opening. 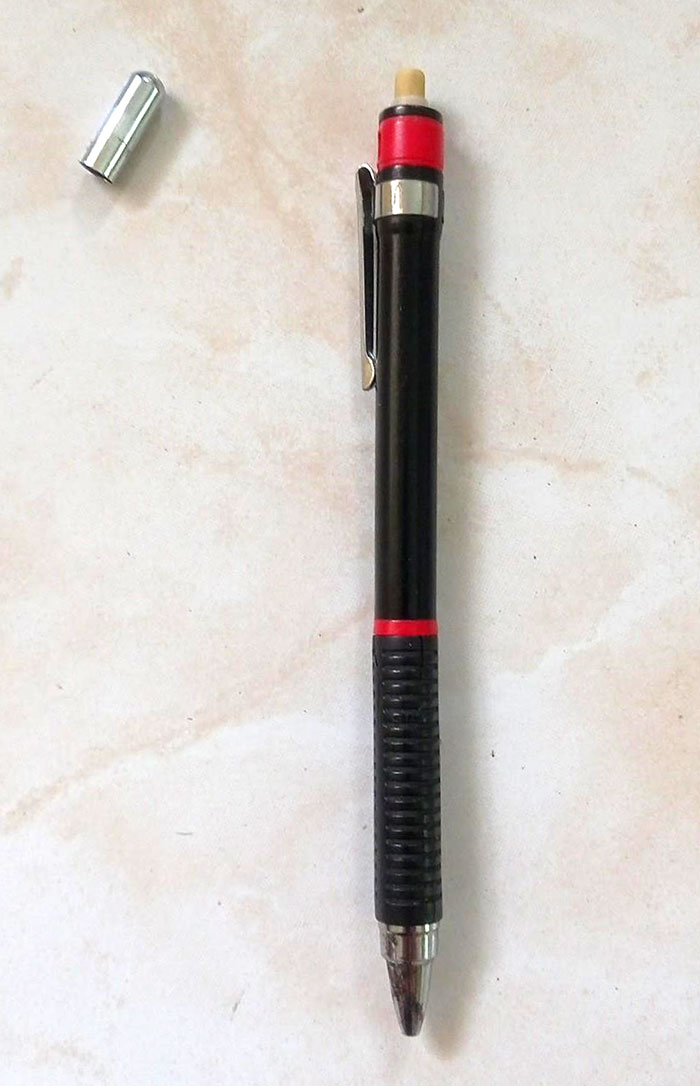 In this case, a small, metallic dome covers the eraser. 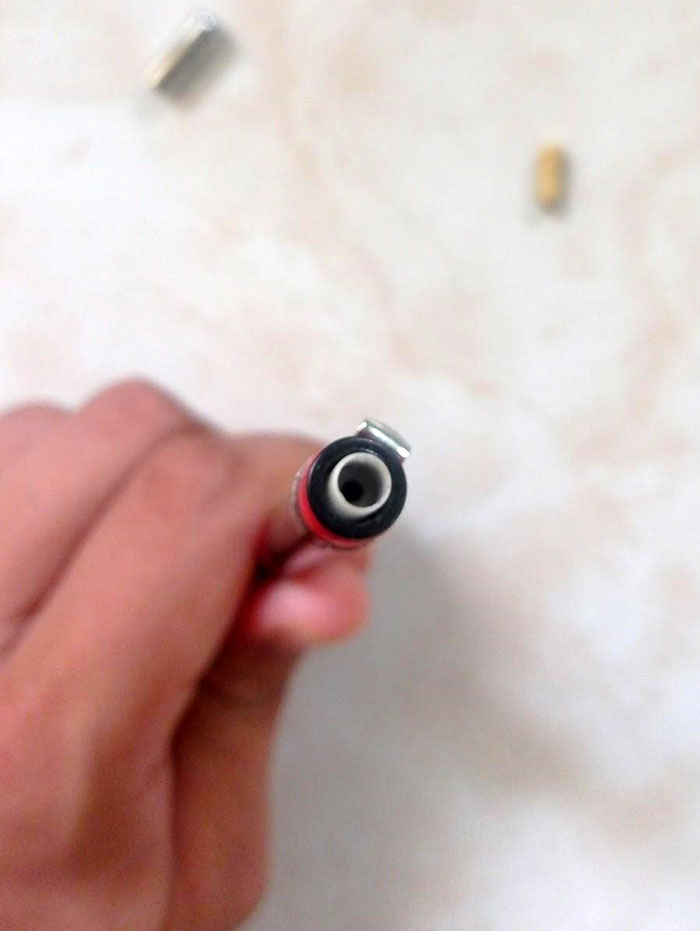 The eraser is removable to access the opening for the lead graphite.

On the opposite end of the barrel is the spring mechanism. A minuscule tube is inside the barrel, placed on the end opposite the eraser opening. But that tube is not hollow like the barrel. Instead, it is made up of three (sometimes two, depending on the mechanical pencil) prongs. 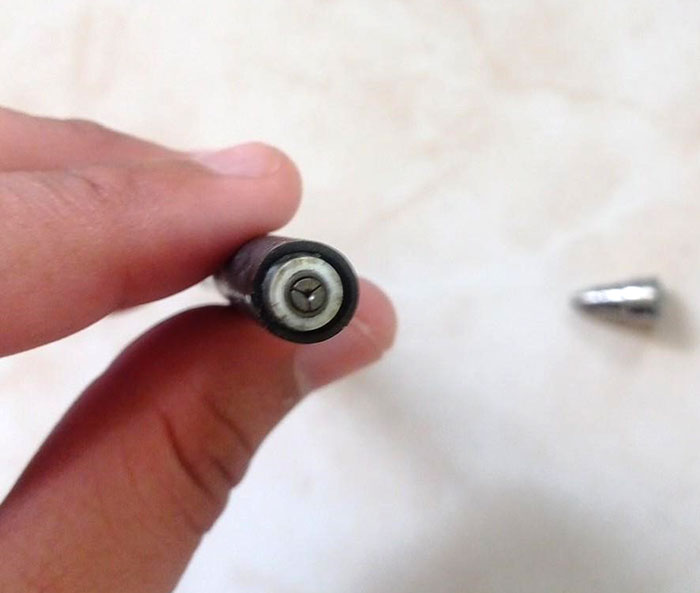 This photo shows the three-pronged tube inside the barrel, on the writing side/nib end of the pencil. You can see the removed nib on the right side of the photo.

When you push the button on the eraser end, the three prongs move towards the writing tip and away from the barrel. Once the prongs are out of the barrel, they open up just enough to let one graphite lead through their middle. The graphite lead moves downward through the prong opening and into the nib of the pencil. 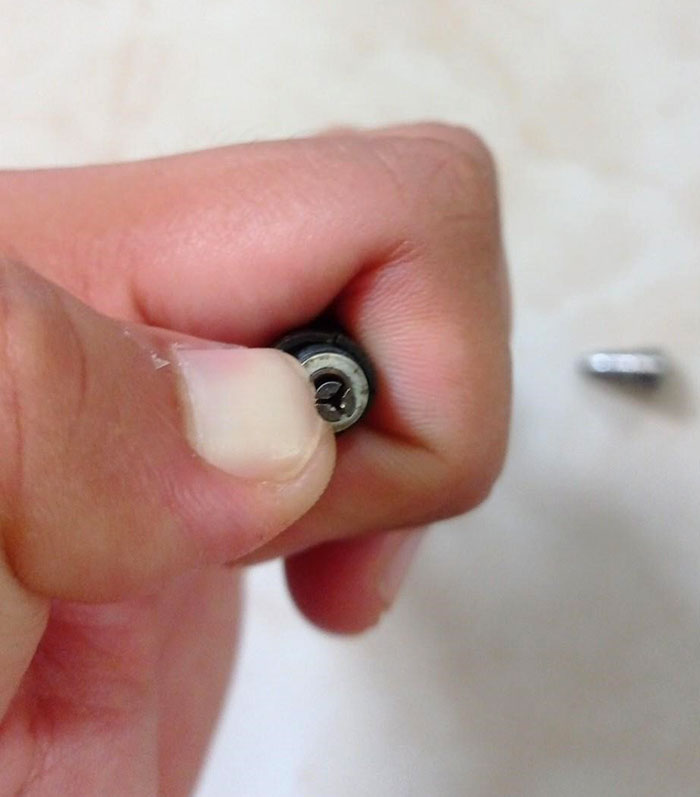 You can see the prongs opening here. I used my thumb to block the barrel from moving out of the pencil’s body in this case. Under normal circumstances, the nib keeps the barrel in place, and only the prongs will move out of the barrel.

When you release the pressure on the eraser end of the pencil, the three prongs retract into the barrel and squeeze the lead tightly. So when you write, you will not push the lead back into the pencil.

How to Refill Mechanical Pencils

One of the advantages of using mechanical pencils is that you can use them for as long as they work. You need only refill them with graphite lead, and they are good to go again.

Here’s how to refill mechanical pencils with graphite lead.

Before you insert the lead into the barrel of the pencil, you should check whether it is the right size for your mechanical pencil. Most mechanical pencils have nibs that only allow 0.5 mm lead. That measurement describes the thickness of the lead.

If your lead is thicker than what the pencil is made for, it will not get through the prong opening and the nib. If the lead is thinner, the prong opening may be too spacious for the lead, and it will just pass straight through it without stopping. So, before anything else, make sure you have the right-sized lead for your mechanical pencil.

The softness of the lead determines how dark it writes. Softer lead put more graphite on the paper, thus making darker strokes.

Let’s summarize everything. How do mechanical pencils work? They work with the use of a spring mechanism that lets lead go from the barrel to the nib. The lead moves through the opening made among three prongs when the spring mechanism is activated.

To refill mechanical pencils with lead, remove the eraser to gain access to the barrel opening. Then place, at most, three graphite lead into the barrel.