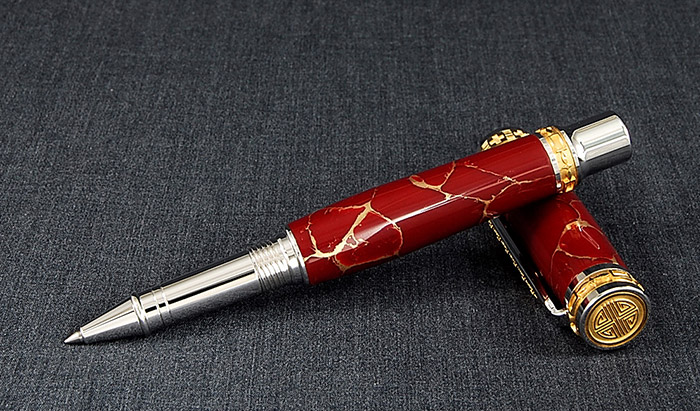 For some writers, especially those who find writing on actual paper more appealing, including myself, you must be at ease with your writing material. For others, it’s not big of a deal, as long as it writes what you need.

One study indicated that writing using pen and paper is better for memory retention than writing using a stylus and screen, so it might be time to think about writing back on paper and choosing a good pen while on it. Let’s figure out which between the rollerball pen and the ballpoint pen suits your needs.

The ballpoint pen was designed and developed as an upgrade from dip pens and fountain pens, it is a pen that dispenses an oil-based (almost) paste-like ink over a metal ball in its tip. The initial objective was to create a pen that could write on rough surfaces such as wood, or coarse paper, which fountain pens are not good for.

It turned out to have achieved that but it got a little too rough for letter writing, earlier ballpoint versions faced many challenges getting the right formulation of ink. Luckily, the perfect ink viscosity and ballpoint measurement combination worked when Laszlo Biro gave it another shot in 1938.

Rollerball pens are made to have the convenience of the ballpoint while getting a more flawless writing style like the fountain pen. The water-based ink for rollerball pen was introduced last 1963 by Ohto, while the gel-based ink was patented by Sakura Color Products in 1982.
So, is ballpoint or rollerball better? Let’s find out.

It is pretty much the same in structure, both are made to dispense ink from a metal ballpoint tip, the metal is usually made of steel, brass, or tungsten carbide. One distinct difference between these two pens is the cap, since the ballpoint pen is using an oil-based ink, it will not easily dry and therefore will not need a cap.

Ballpoint pens are commonly using the twist or click mechanism to expose the tip when it is time for writing. Rollerball pens on the other hand usually come with a cap to cover the tip of the pen since the water or gel-based inks can dry out pretty quick if air gets into the barrel.

The biggest difference between these pens is with the ink that they use, ballpoint is using an oil-based ink with a thick consistency while the rollerball pen uses water or gel-based inks that have a thin and runny consistency.

Part of the earlier challenges for the ballpoint pen is the viscosity of its ink and how it was too rough for paper, it is not the case for modern products but it is still a little scratchy in comparison with the fluidity of the rollerball pen.

The rollerball pen’s ink writes smoothly and continuously since it uses water or gel-based inks, it works best for quick note-taking on your planner or notebooks.

Rollerball pens tend to create a darker and a much finer line on paper since the ink soaks into it. You might also want to consider the paper when using this pen, it could bleed on thin paper because of the ink.

Ballpoint pens create more controlled, thinker lines on paper, it is also a recommended writing tool to use for official documents since it doesn’t smudge and dries almost immediately, you also don’t have to worry about the ink bleeding on paper when using this pen for the same reason.

Pros and Cons of Using Rollerball and Ballpoint pens 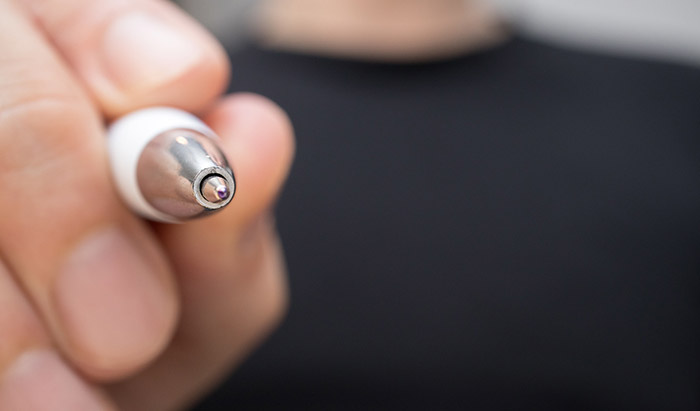 In a close battle between rollerball pen vs ballpoint pen, I would have to say, both pen types have improved so much over the years, commercially available brands are continuously accommodating the ever-changing needs of consumers so depending on your preferences and needs both pens could be a good choice.