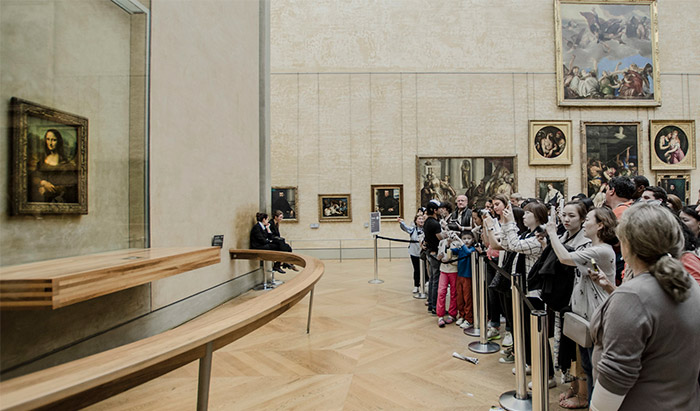 Why is the Mona Lisa so expensive? The Mona Lisa by Leonardo da Vinci is the most popular painting known to man, and saying that it is expensive is an understatement. It is priceless.

On the other hand, if the Louvre suddenly, and without reason, puts the Mona Lisa up for sale, it would cost over $834M, accounting for current inflation rates. Why is it valued so high? In fact, the question should be why are the works of classical masters all so expensive?

Many factors affect the prices of works of art, from the person who made the piece, to its history and many more. You are not the first one to wonder why the Mona Lisa is so valuable. To help ease your curiosity, here are some of the reasons.

Why is the Mona Lisa So Valuable?

The Mona Lisa is, without a doubt, the most well-known painting in the world right now. Here is the reason why it is valued so highly.

The $834M price tag unofficially placed on the Mona Lisa is purely speculative, mainly because it is illegal for the Louvre to sell it. There is a law in France that prohibits the sale of any artwork that is the possession of a museum, which the Louvre is.

When a piece of art goes into a public museum, it becomes a part of the public domain, and as such, it becomes unsellable. Just the mere fact that art collectors cannot get their hands on the Mona Lisa (legally) causes its value to continuously shoot up.

The more interest there is in a piece of art, the higher its value will be. Because France cannot legally sell the Mona Lisa it causes its speculative value to rise rapidly.

Because the Mona Lisa is the most famous painting in the world, almost 30,000 people from all over the world flock to the Louvre per day just to see it. As you probably already know, anything that is as famous as the Mona Lisa will have an expensive price tag just because of all the fame that it has.

With the Mona Lisa’s fame, even people who are not devout art collectors would want to have it. If the Louvre does manage to put the Mona Lisa on sale (which would require a long and difficult process), interested buyers from all over the world would attend the auction, and the bidding war for it will be quite intense.

It is a Historical Artifact 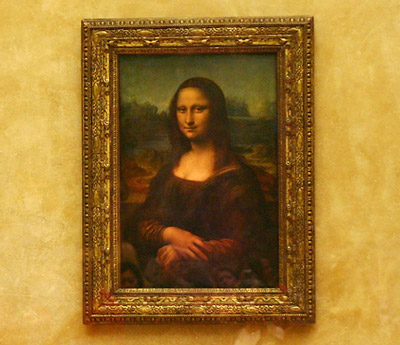 One of the reasons for the Mona Lisa’s popularity is that it was made by Leonardo da Vinci. However, even if it was not from the great master, the painting is still a very valuable historical artifact.

Da Vinci worked on the Mona Lisa, allegedly between 1503 and 1519. Historians believed that da Vinci worked deliberately slowly on the piece, but there is no certainty on exactly when he started working on it and when it was finished.

The Mona Lisa depicts a young woman wearing the standard clothes of the time. This alone gives historians a glimpse of how life was during the 1500s in Europe. All the details, from the clothes to her hairstyle, provide historians with a cornucopia of information.

If, for whatever reason, the Mona Lisa goes on sale, expect historians to be among the top bidders.

The biggest reason why the Mona Lisa is so expensive is that there is only one in the world.

Sure, you can easily buy reproductions and posters of the Mona Lisa, but they would only be a copy of the original. You cannot pass it off as the real deal. There is only one Mona Lisa, and everyone in the world knows that it is hanging in the Louvre.

In addition, Leonardo da Vinci has been dead for centuries, so getting another Mona Lisa would be impossible. On the other hand, if for some physics-defying reason, da Vinci is still alive today, he would still not be able to reproduce an exact copy of the Mona Lisa.

If he did try to make another Mona Lisa, it would not be the same. The brushstrokes used would be different, and there would be a lot of nuances due to human error. Because there is only one genuine Mona Lisa in the entire world, only one person could own it, which makes it very valuable.

So, why is the Mona Lisa so expensive? There are many reasons why, and the ones mentioned above are just a few of them. The Mona Lisa is not just expensive, it is priceless.

The estimated value of $834M is most likely the low end of the bids if the Mona Lisa indeed goes into auction, but because it is virtually impossible for the Louvre to sell it, people can only speculate on the actual value.